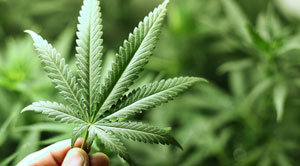 “The stigma surrounding marijuana is disappearing now that more and more governments, including Canada and the U.S., are recognizing that cannabis is a major contributor to palliative care, helping people who suffer from a wide variety of illnesses manage their symptoms and lead normal, productive and fulfilling lives. With our latest system, we are trying to give those people the tools they need to have cheap, open access to medical marijuana,” said Michael Golubev, CEO of 3Dponics.

The huge growth could explain the sudden increase in investment into weed startups. With the release of its hydroponics system for medical marijuana, 3Dponics hopes to attract the attention of investors looking to support a tech company that is merging innovative technologies with legal cannabis to make the drug accessible and available to those who need it.

Thanks To A New Patent, CB Therapeutics Now Owns A Production Process...